Still catching up on myself.  Just wanted to post up on the blog some further happenings during our time with Tom, Alice and Marc in Melbourne, before we flew off to Sydney for New Year.

Of course there was further cricket to watch and it was (as that point) decent cricket … Steve went along to the MCG again on the 4th day and saw Alistair Cook getting his 200 runs (very proud moment)!  Sadly rain stopped play and the result was a draw. The viewing had been much more chilled though and we could hold our heads high back out in Aussie world again. I have to confess to acquiring quite an interest in our national cricket – if you can’t beat them, join them!!

Had a great night out in Melbourne City – Tom had discovered a good bar on the Yarra River where we ate and this was followed by a rooftop bar crawl – the whole gang, including Kaye and Greg.  A great great city … the guys loved it and definitely want to come back for more. 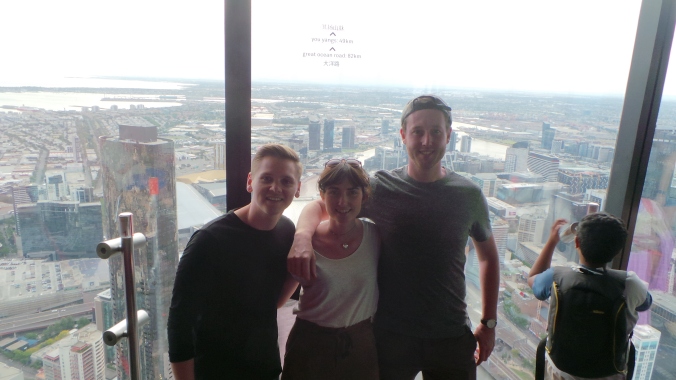 Tom, Alice and Marc started off the evening by climbing the Eureka Tower. 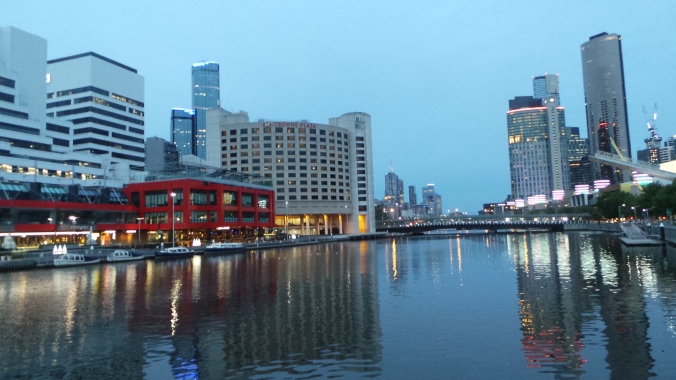 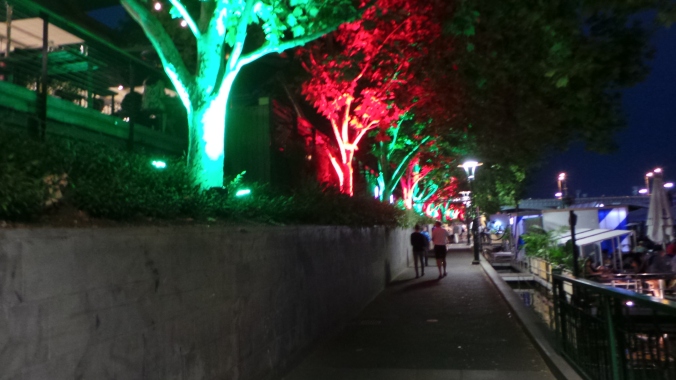 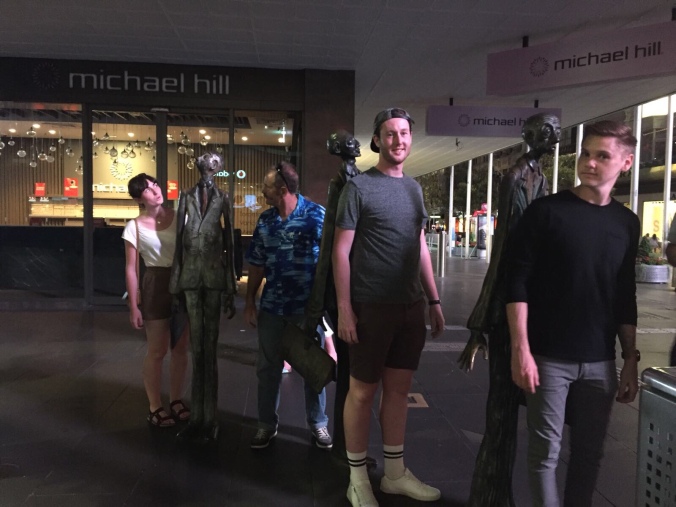 Met some ‘locals’ on the way home x

The braver ones amongst us – that would be Steve, Alice and Marc, took up Greg’s very kind offer of a ride on his pride and joy – (no, not the new fitted kitchen!!) his Harley Davidson.  They each in turn had to get dressed up in the leathers – for safety of course but I’m sure there was an element of looking the part too!!! Tom and I declined!! 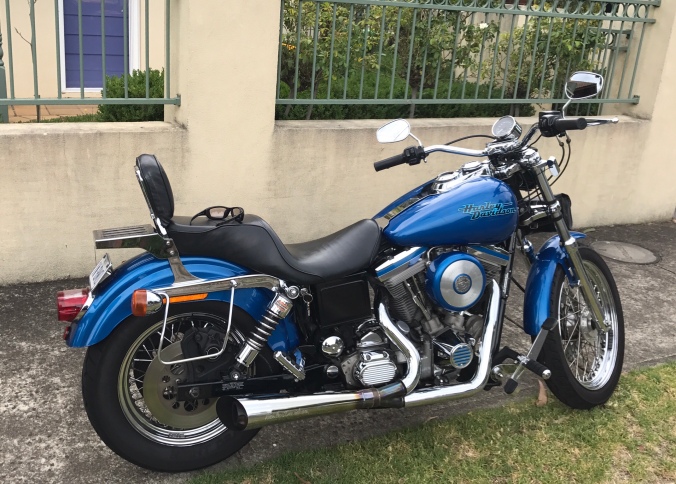 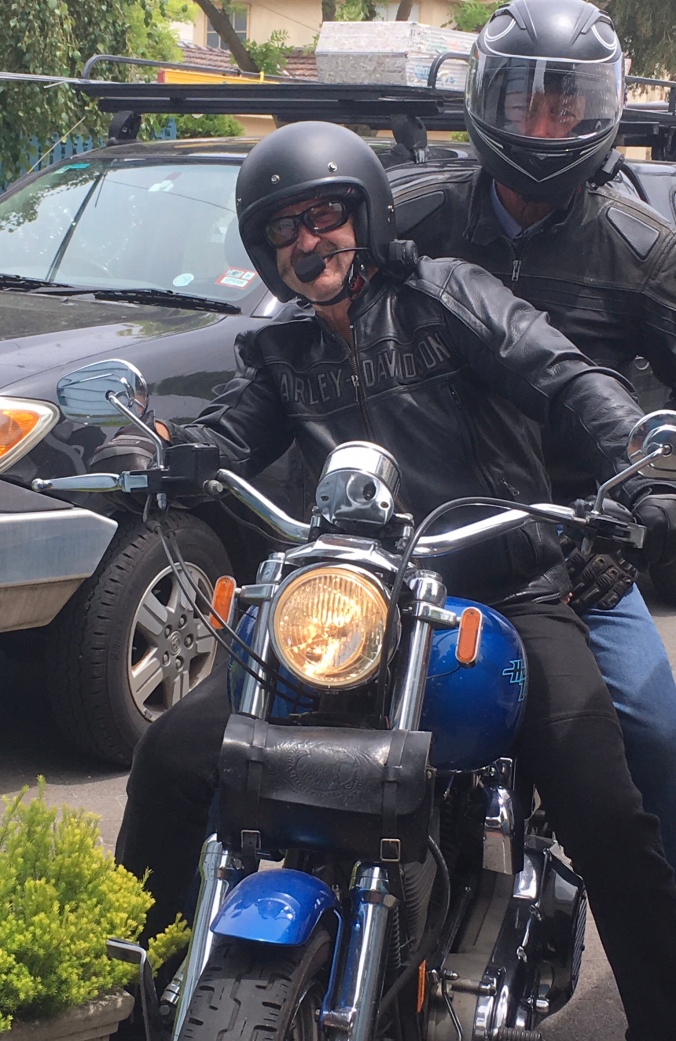 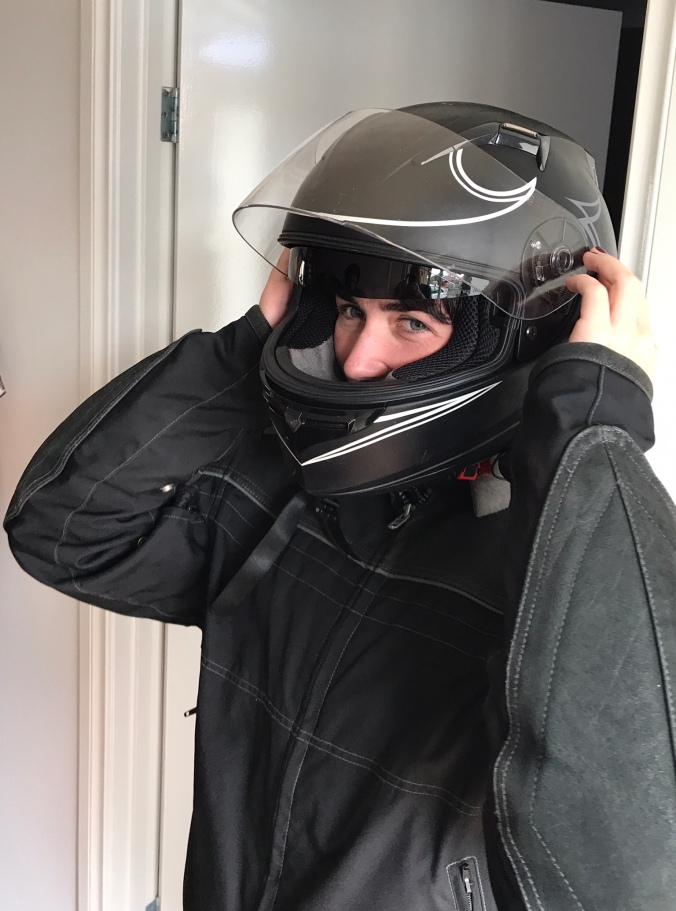 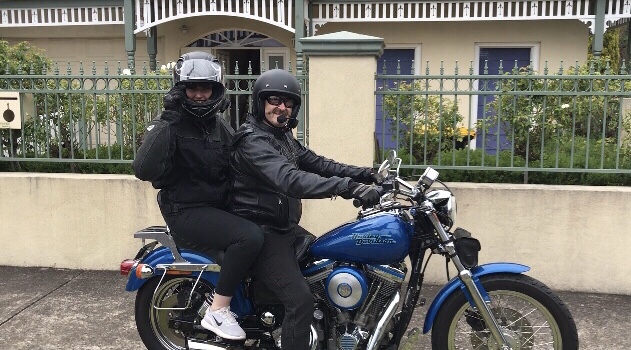 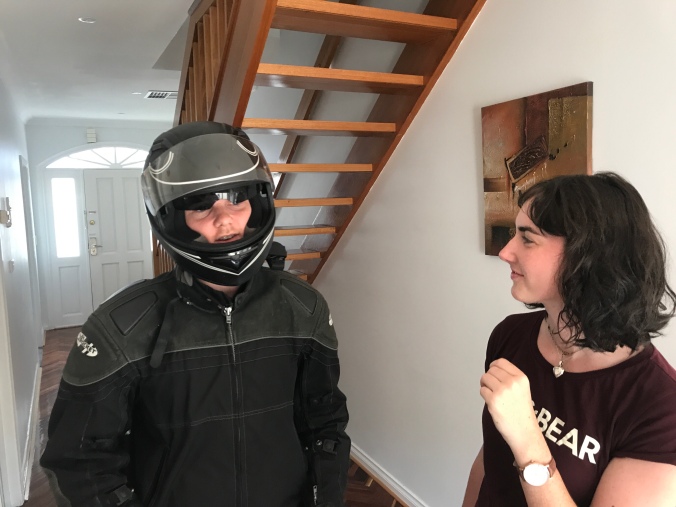 Greg also introduced the guys to his other ‘pride and joy’ – his Man Cave!! Steve and I had partied in the ‘Cave’ on our previous visit to Melbourne, it really is quite something to behold. Tom said he had been expecting it to be the equivalent of the shed – the British Man’s escape!! But they just couldn’t believe it, so much to look at, lots of things macho, boys toys, everything you need for a fitness regime, a cool seating area where Greg gathers with his friends for card nights (ETC!!), big boy vehicles!! Tom and Marc were blown away but even Alice said she could live there. Greg spends hours collecting and fixing up his cave – its incredibly creative – loves to water his plants too (when his mates aren’t looking)!! It’s quite a thing in Australia for a man to have this sort of space – I guess it gets them out from under your feet, but ladies, you have some catching up to do!! 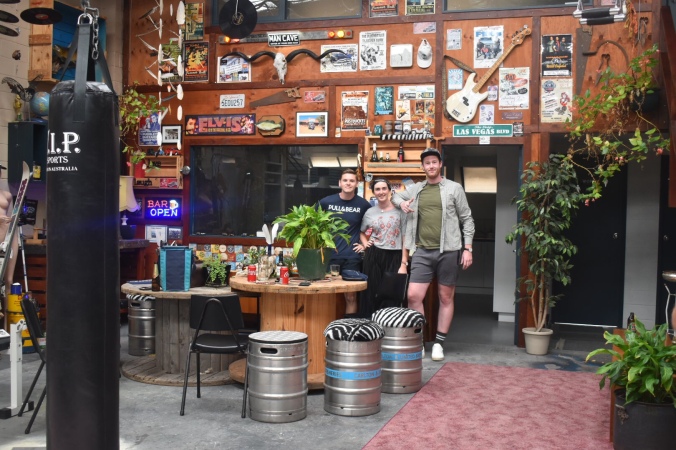 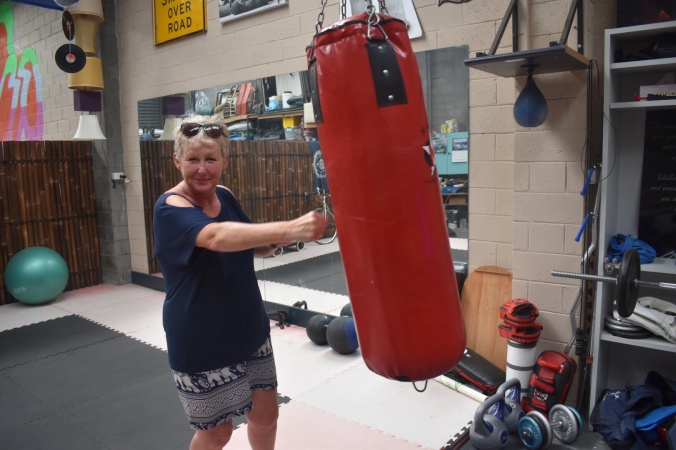 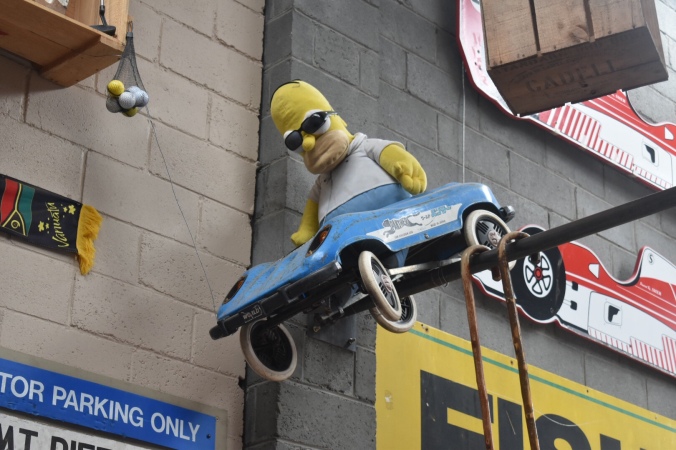 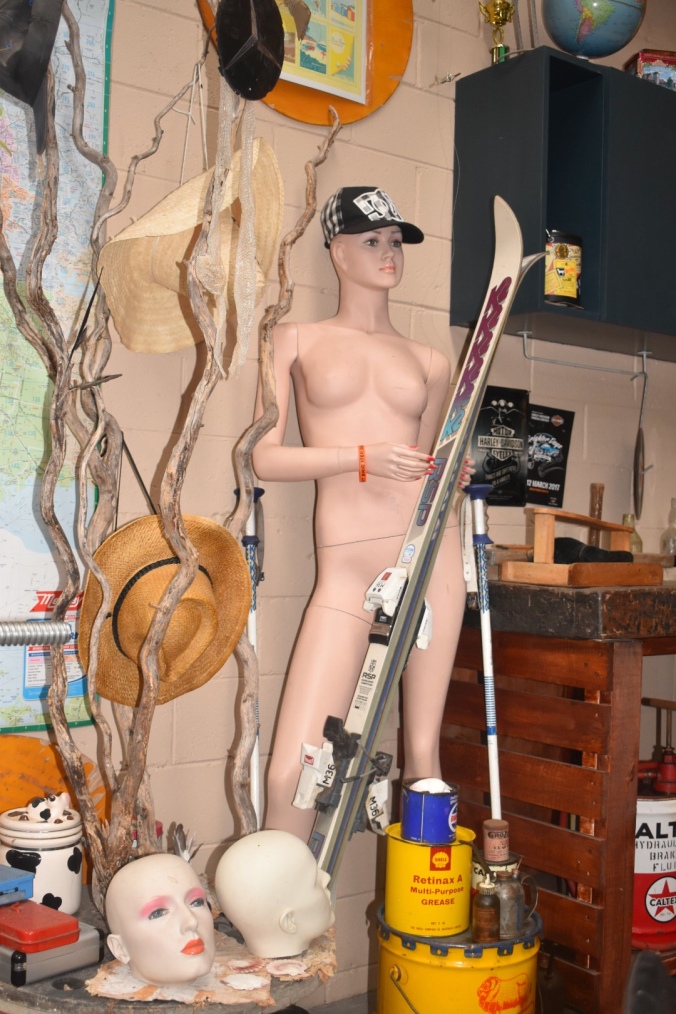 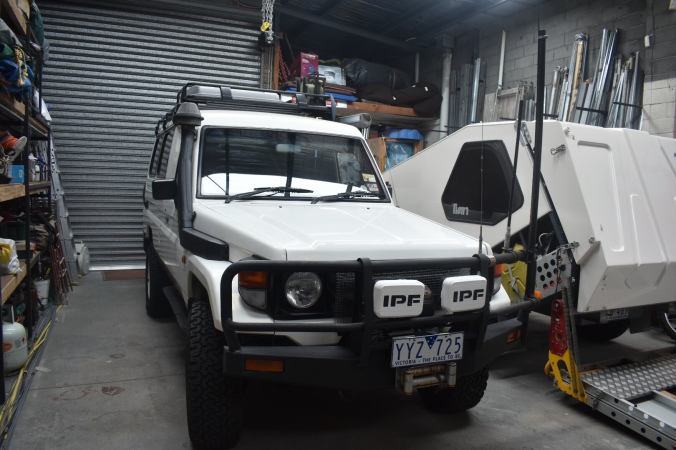 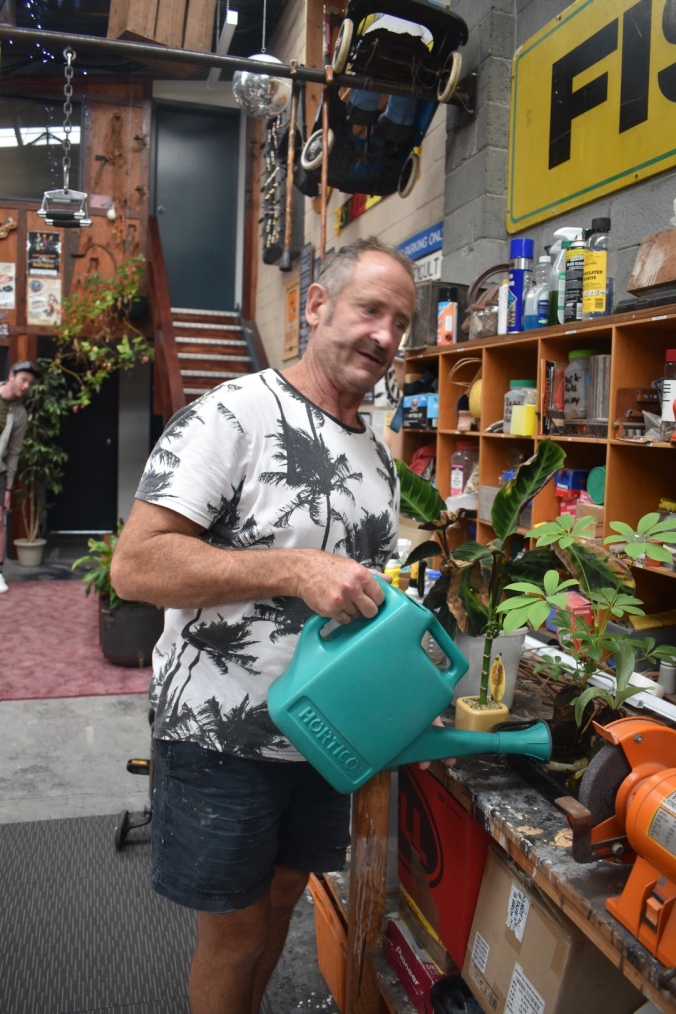 The man with the green fingers!

Absolutely love Melbourne – we will be coming back here many times. Of course, couldn’t leave this post without pointing out a couple of their local signs. 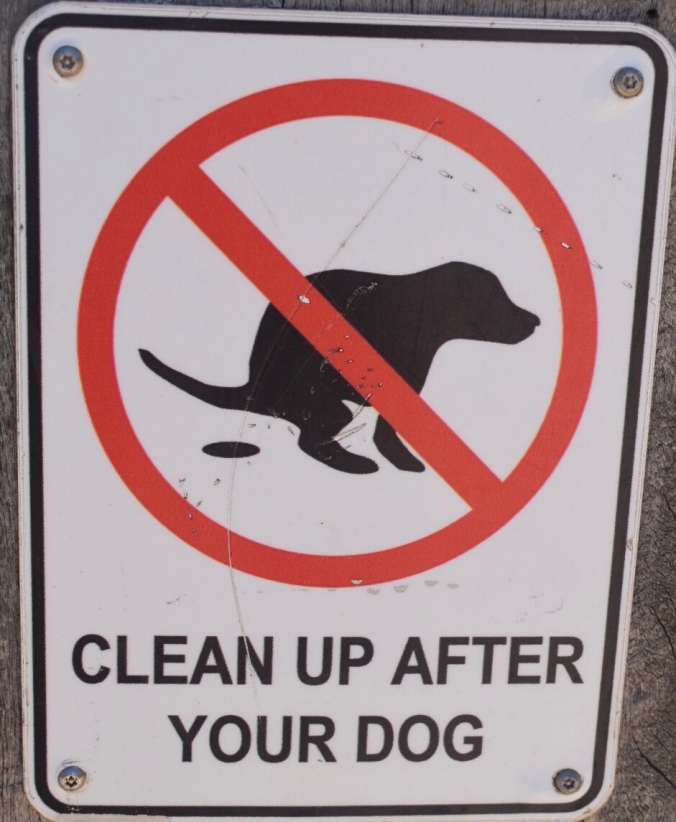 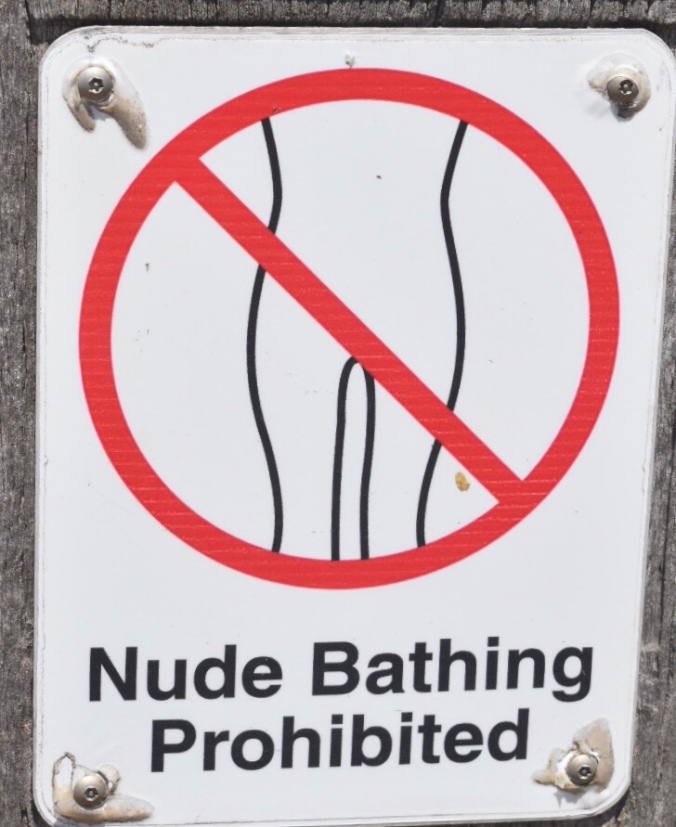