By remarkable coincidence we appear to have rocked up in Sri Lanka at just the same time as the England cricket team, what a result, oh and it also appears to be the rainy season!  I know, I know don’t ask me I just book the holidays.

Anyways, no problem as the English cricket authorities obviously know their stuff and will have have not hesitated with planning the first One Day International as a day / night game starting at 2.30pm.  Now anyone who has travelled these parts will know that you can have a scorching hot day then all of a sudden about tea time from no-where an enormous storm breaks out.  Hope I’m not giving away the plot here?

Having secured the priceless tickets, well 15 quid actually for the best seats in the house, locals have a terrace where tickets are £1.00, amazing value and they love their cricket here, it’s the national sport with very little of that Premiership football stuff.  I’m sure you know the excitement of looking forward to that concert or sports event, well I can assure you this was no different and we spent ages planning how and what time to leave for the ground even though it’s only two miles away.  Actually we were sat around by the pool until 12.30 in the scorching sunshine..remember that bit?

So  with the weather set fine for the day off we went to the Rangiri International Stadium in Dambulla, there really is nothing like away games.  I’ve also been to Accrington Stanley several times so maybe you can understand the excitement.  Seriously though the England cricket team are currently No 1 in the world with the Cricket World Cup approaching next year. My last two games attended have seen England beat Australia at the Melbourne Cricket Ground and The Oval, so yes looking forward to this one. 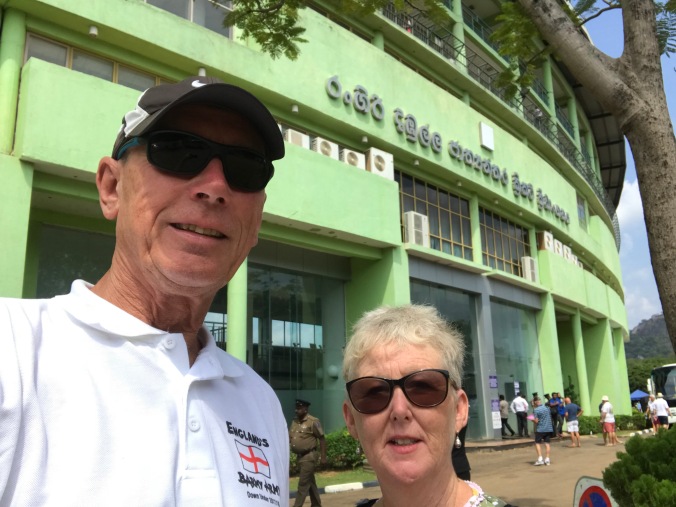 The Rangiri International Stadium is still in reasonable shape, maybe not quite to the standards of English grounds but all ready to welcome the 1000+ Barmy Army supporters to this very quiet northern town. 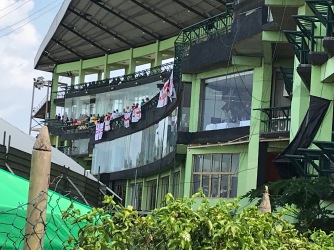 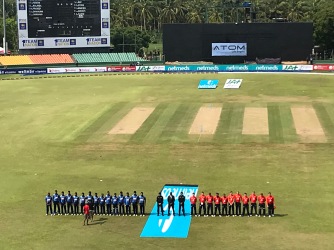 Without boring you too much with the cricket Jason Roy and Johnny Bairstow gave England a good start before both were dismissed with Joe Root and Eoin Morgan taking over, lifting the score to 92 and all going well.  However our grandstand seats had given us a birdseye view of the clouds building up in the distance and even before the rain arrived the umpires had call for the ground to be covered. 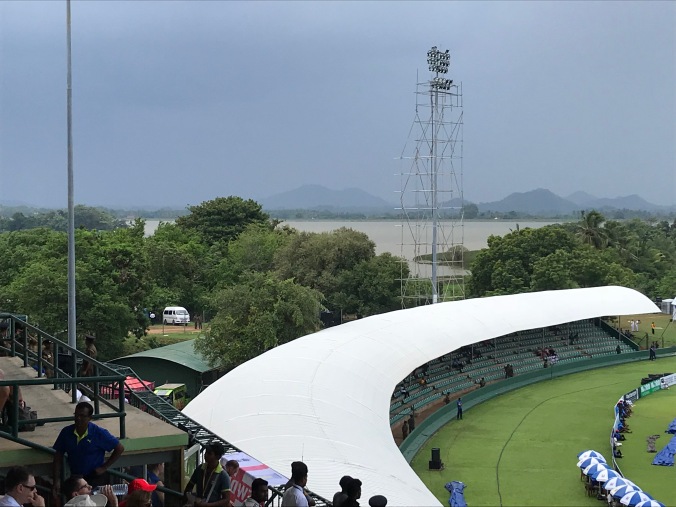 There followed a precise operation by dozens of groundstaff dragging out plastic covers and old tyres to cover the entire playing surface in probably less than 10 minutes, quite a sight to behold, a military exercise! 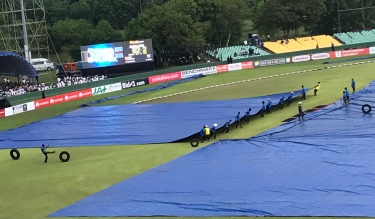 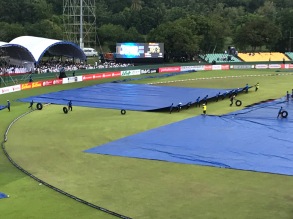 This then led to the ‘hanging around to see what is going to happen’ phase of the afternoon.  Generally if this happens at game in England you just go to the bar and drown your sorrows, did I mention that this ground is dry… well of alcohol at least! 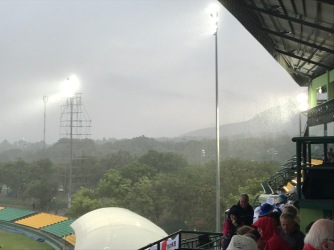 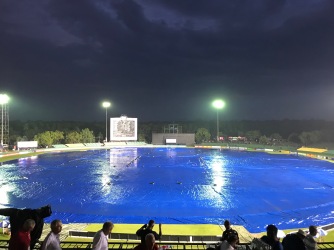 Loads of chat and stories then ensued over the next couple of hours with fellow ‘Barmies’ who were generally with organised tour companies and big business it seems.  All this time we were looking for signs of improvement in the weather, the English certainly know how to do this.  But at 7.00pm and with it still raining we decided to set off back to our hotel, in t-shirts and flip flops, of course we didn’t know it was going to rain. By good luck we managed to get a Tuk Tuk just outside the ground costing the outrageous £2.50 to take us back to the hotel.

There was no further play that day but are we disappointed, of course not, because we have tickets for the next game tomorrow…and I need to go now as we’re busy planning what time to leave and how to travel and is my England shirt clean, oh the pressure!! 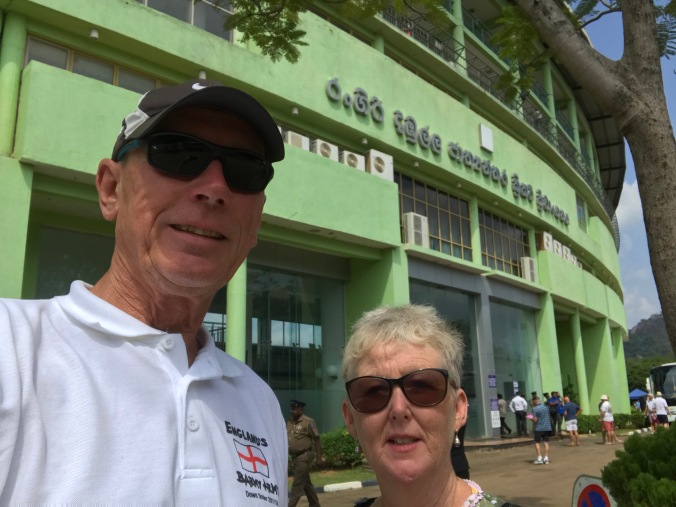 One thought on “Caution Cricket and Weather Updates….”