We were up and out by 9.00am, leaving our city residence to drive along the winding mountain roads once again. A beautiful sun shining day – tree filled mountains and the tallest of trees – you just feel enveloped in luxurious shades of green. The lakes and rivers glimmer and solo canoeists paddle their path … it’s so blissful.

After a few hours of driving, the terrain took a dramatic change – dead trees lined the road … and then we reached the lookout point into Queenstown – it looks like moonscape, so eery. Queenstown, once the world’s richest mining town has been left barren. It’s rich and rugged mining history includes gold, silver, copper and zinc … it also had smelting works, brick works and sawmills. It is said that the combination of tree removal for use in smelters + smelter fumes + fires stripped the mountains and left the area in this deserted state. The town and community still remain and has a real Wild West appeal – fascinating. We took the sprialling road down from the lookout point into the town … think we stood out like a sore thumb!! 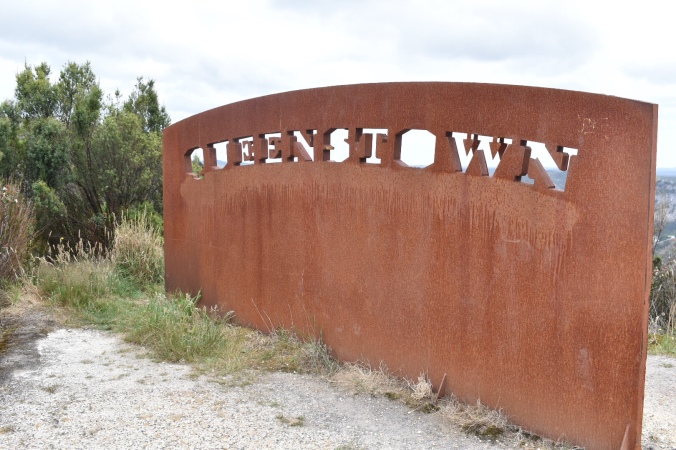 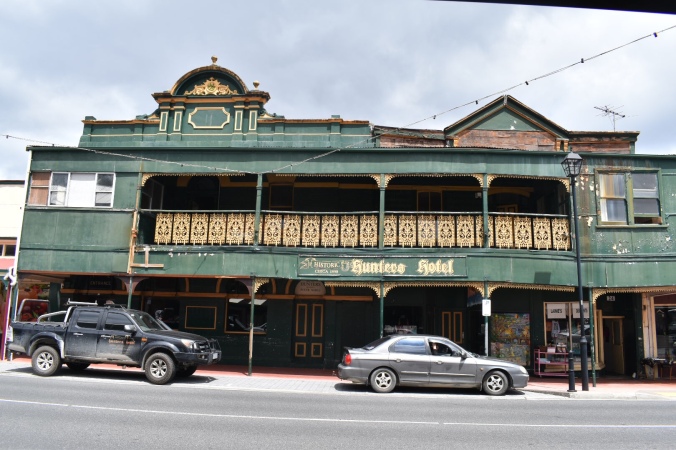 After Queenstown it was head down until we reached our destination – Strahan. We couldn’t remember why we had chosen Strahan or who had recommended it …. but it is just perfect – it was our favourite stopover in Tasmania. It is just a small town on the West Coast but it has so much character, beautiful harbour, beaches, rainforest, interesting shops and cafes – a little ‘step back in time’ feel too … but magical.

We stayed on a holiday park – had a cute 2 bedroom lodge, very comfy and the staff super friendly and accomodating. They recommended that we go and watch the local play – a daily performance starting at 5.30pm. We went along not knowing what to expect … dreading the whole interaction thing …. but it was absolutely brilliant and we all got into it wholeheartedly. It was called “The Ship that never was” and was a fabulous story about a group of convicts who escaped prison in Tasmania by building a boat and sailing to South America. It was hilarious, with amazing props and packed with interaction … only Greg got picked on from our group. 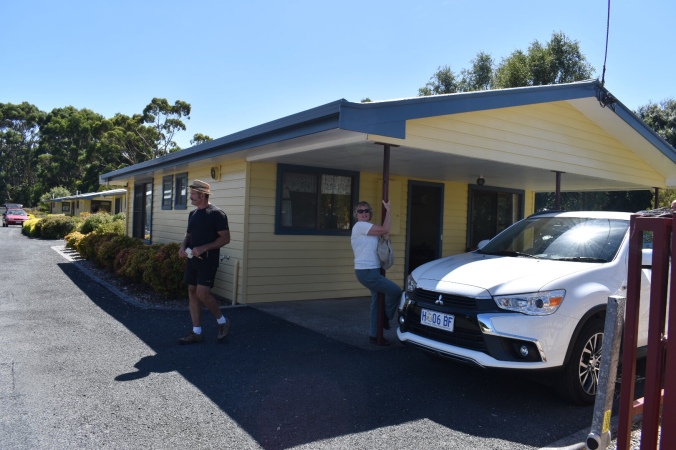 We had a mooch around after the play and then opted for dinner in a local pub restaurant. We were shown to our table by a charming young American waiter and were told the waitress would be with us in due course. Unfortunately we experienced a couple of ‘customer service’ issues during the evening (as you do)!! First off, Steve went to the bar and asked for two glasses of prosecco – the barmaid’s response was a vacant look and a “uh?” – Steve repeated his request and received the same stimulating response …. after one more attempt Steve resorted to “two glasses of white wine please.” Clearly this popular bubbly has not reached Western Tasmania yet. We had got through a fair few drinks before the waitress finally arrived to take our food order – she did apologise – so Greg cleverly suggested that we have a free round of drinks as compensation – our wish was granted and we felt very smug!!

Earlier in the day we had made enquiries about sightings of duck bill platypus and were told that if we looked in certain parts of the river at dusk we were guaranteed to see some – I was so excited. So, on the way back from the restaurant, we set off on our wildlife hunt ….. we’d probably left it a wee bit late as darkness had set in. Decided we’d sleep on it and return tomorrow…. it was guaranteed after all!! 😉