Today being Saturday means of course all efforts are directed towards finding a Parkrun somewhere near, Torbay was just the only nomination, although the venue is the Velopark which is situated in Paignton some 10 miles from our hotel and so a taxi was required. Great course for this parkrun being very flat and fairly easy going around the cycle track.

Then down to the serious business for the day, yes breakfast was taken a little late before we embarked on the stroll through from Paignton to Babbacombe in glorious sunshine (rain was forecast for later, what a surprise!). 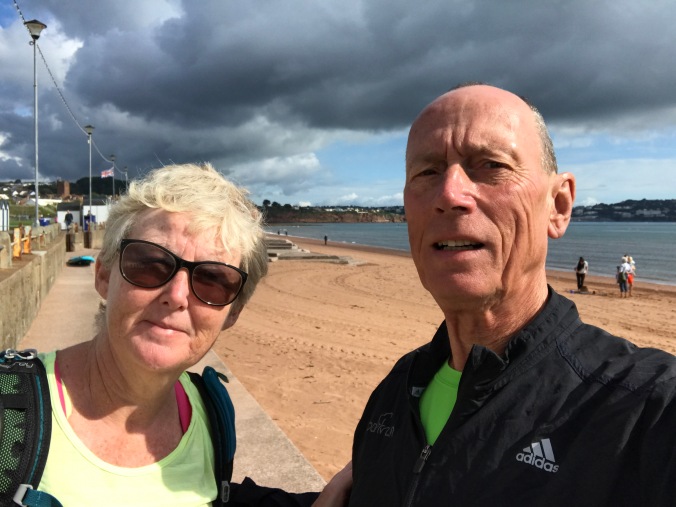 Walking the SW Coastal Path has been at times a challenge, often through no fault of our own and in particular it seems that the standard of signs along the route varies enormously.  It would appear that whichever authority looks after the Torbay part of the path really has little interest because at times you cannot find one of these little babies anywhere.

Along the promenade stroll today we came across a couple of different forms of transport with the water version looking particularly exciting:- 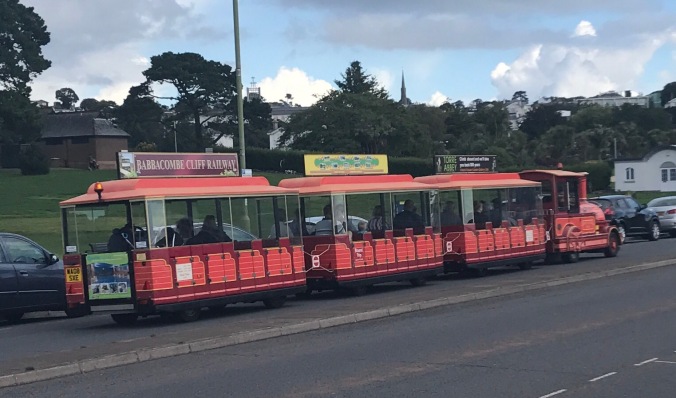 ​​
Following on from our rather gentle meander along the promenade we then tried to pick the pace up a little as storm clouds were gathering around us, it’s become something of a specialist subject spotting rain clouds on the horizon, see if you can spot one? 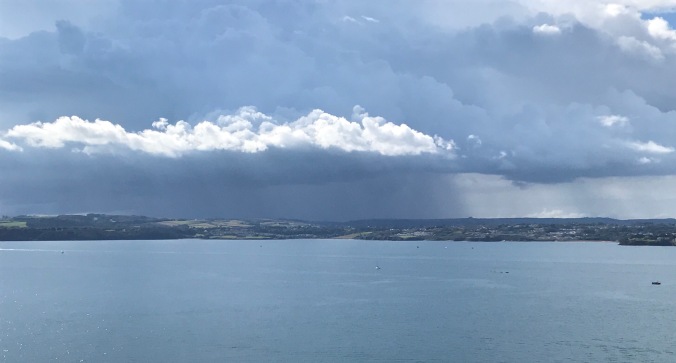 So it was with some haste that we made for our accommodation at the lovely Downs Hotel, the rather wicked ones amongst you I’m sure will have a little giggle when I tell you that the rain clouds won the race and we got ourselves another drenching!

On a brighter note before the heavens opened we captured (above) the Imperial Hotel  swimming pool in all its glory along with this fabulous row of cottages, we might need to airbrush the one in the middle, perhaps a job for next weekend?