A wonderful day that seemed to go on and on, in no small part due to the lack of Coastal Path signs in the later stages approaching Helford. The guide has once again suggested that this part of the path was strenuous so Steve set out as the solitary walker whilst Dee chose the far more sensible option of a taxi to Helford to await Steve’s arrival.

Today’s walking turned into something of an epic, including the normal ups and downs but also several diversions inland where the previous Coastal Path was not accessible, making what should have been 15 miles into something nearer 20 miles of hard slog!  Anyway all started well with leaving Cadgwith Cove, another unbelievably beautiful part of Cornwall that remains pretty much undiscovered:- 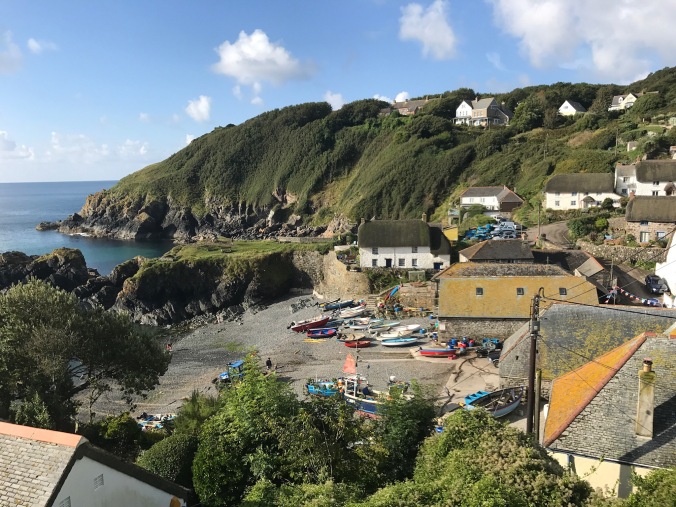 Upon leaving the cove I spotted a coastal path sign saying Coverack 5 and 3/4 miles, so interesting to arrive some two hours and seven miles later at another great little undiscovered gem, as we move along the south coast there is a lot more kayaking and paddle boarding with the sea being a little flatter, this is the harbour area:- 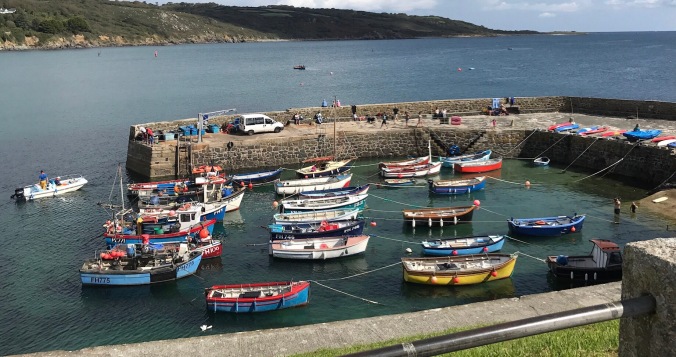 From here the terrain remarkably became a lot flatter, only to be replaced by ‘boulder hopping’ amongst the flood plains along the very low coast line, however the high points returned and signalled my arrival at the rather nicely named ‘Black Head” which is an absolutely stunning place where you can see for miles in either direction, including a viewing room with binoculars, sadly my picture does not do it any justice:- 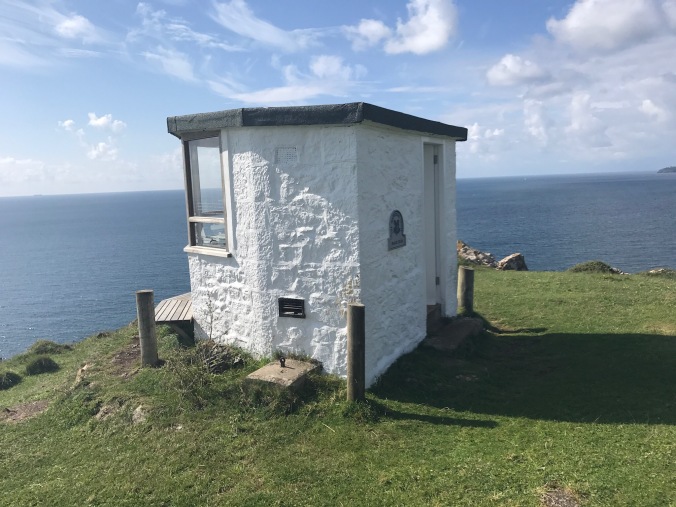 From here on in it became a great effort trying to find directions (how difficult can it be to keep the sea on your right and the land on your left?).  Anyway I was in such a rush that I even passed up the opportunity of lunch as this great place:- 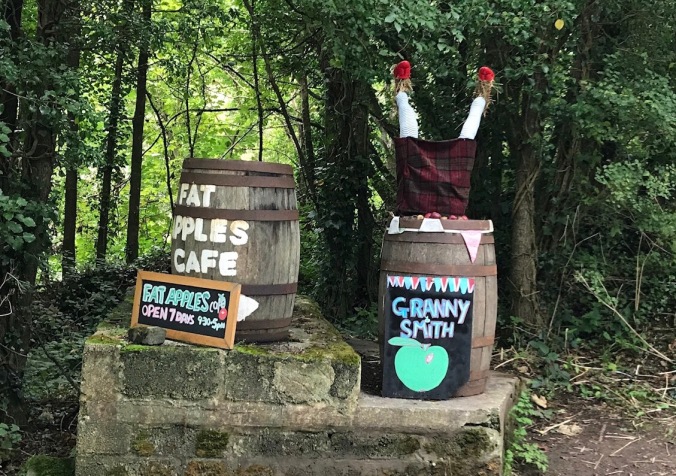 From here on in I’m afraid I got completely lost within a couple of miles of Helford and included climbing around in woodland and walking around cabbage fields looks for the missing signs?  All sorted in the end though as I just walked the last two miles into Helford on the country road where the signs work a lot better, a delighted Dee was pleased to see me some two or three hours later than expected!