Apart from a glimpse of the Irish Sea on the first day, we have not seen the sea on the Wirral’s coastal path. We’ve seen plenty of sand marshes, the estuary (in the distance) countryside and villages …. but no sea! As beautiful as it is, we’re looking forward to a few sandy beaches and waves crashing over the next week or two.

We managed to plan today’s walk using a bus to get to the starting point and a train to get home, so were able to leave the car at base. The bus took us to Ness Botanic Gardens and from there we wandered down to the coastal path at Burton Village where we left off yesterday. To be honest, today’s route was not the most inspiring … the path started along the marshes/firing range with industrial views as a backdrop – then onto the longest straight path (disused railway line) I think I have ever encountered …. it just went on forever! Parts of it were pretty but SO straight – just like a Roman road. Thrown into the mix were some residential areas, some industrial estate walking and canal tow path. 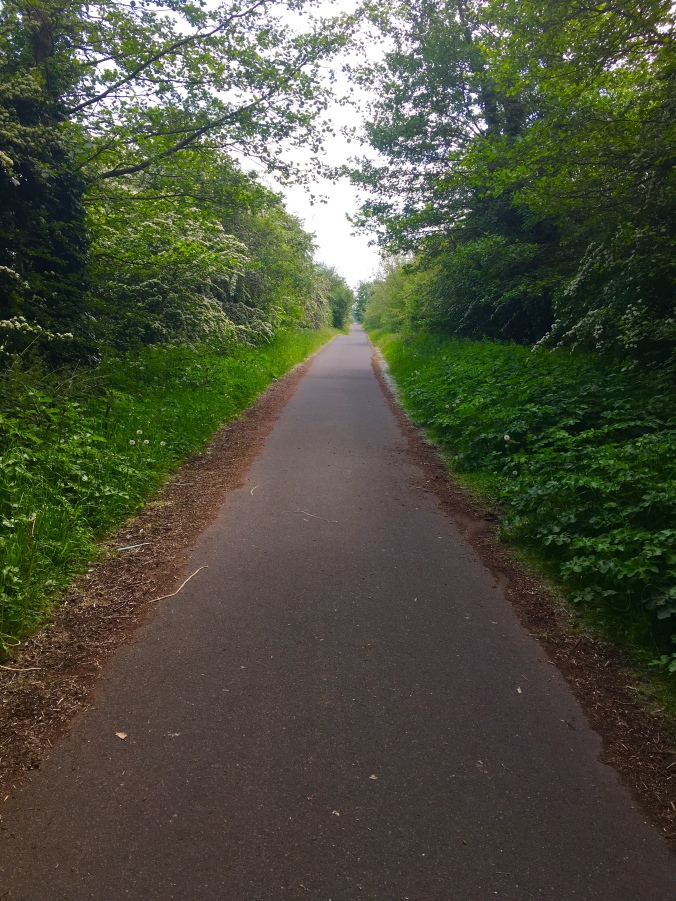 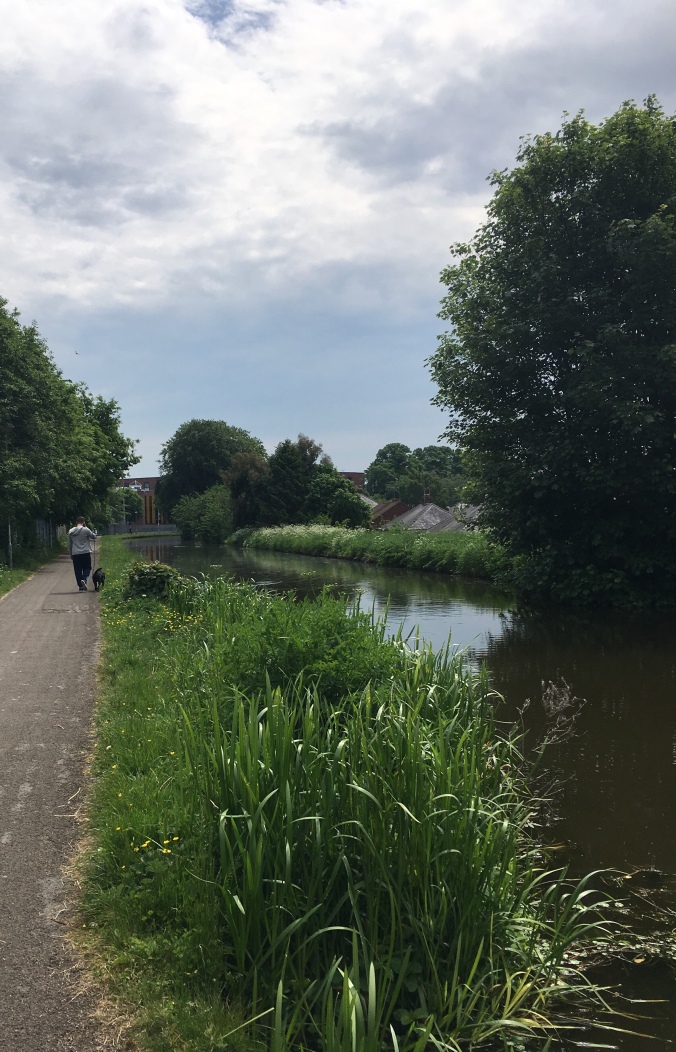 There was more cloud about today but no showers which I believe the South of the country has been experiencing. I know this because Steve tuned into the England v Pakistan test match at Lords as we walked – oh so very English!

Yesterday we had wafts of hawthorn, today we had wafts of manure – huge mounds of it as we passed one particular farm and also some pretty interesting aromas on the industrial estate. Outside one particular Food company there was a pungent smell of cloves – reminded me of my Nana’s apple pies – I used to have to sneak the cloves out as I hated the smell and taste of them then!

We crossed into Wales at one point but returned to England a mile or two down the lane!

I’ve never been to Chester and was so looking forward to seeing the city that people rave about. I think we must have come into it the wrong way … only managed to walk through some not so salubrious residential areas and to the railway station. So after today’s 10 mile walk, we were not even rewarded with the magnificent views of this 1st century AD walled city.

But we’ll be back …. we have one more day in Port Sunlight (we have a day off walking tomorrow and so are planning to explore this incredible Grade II listed village we are lucky enough to be staying in) and then we’ll be moving on to Chester (or just outside) for 3 days. And hoping to catch up with our lovely friend Jo and her husband Jez and their daughter Lulu while we’re there – so excited.