I can’t stop myself from constantly waxing lyrical about our road trip views – the scale of what surrounds you is beyond imagination. Today’s trip again brought mountains, hills, rivers, lakes, vineyards – fabulous. We left Christchurch in thick cloud but the sun grew stronger and stronger and the sky turned blue as the day progressed. I loved capturing the shadow of the clouds as they rolled over the hills by mid-afternoon. 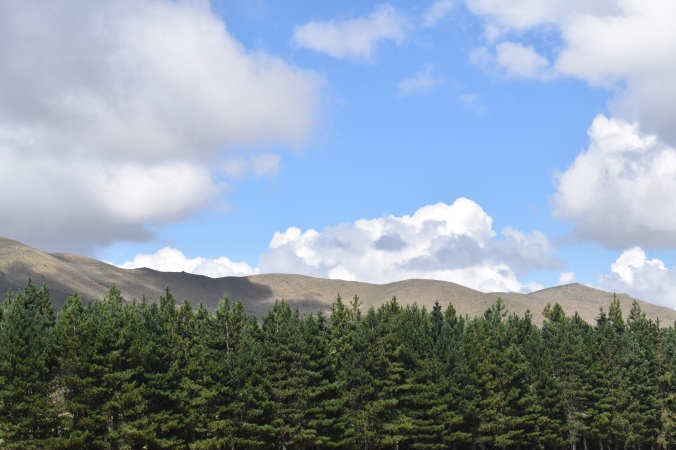 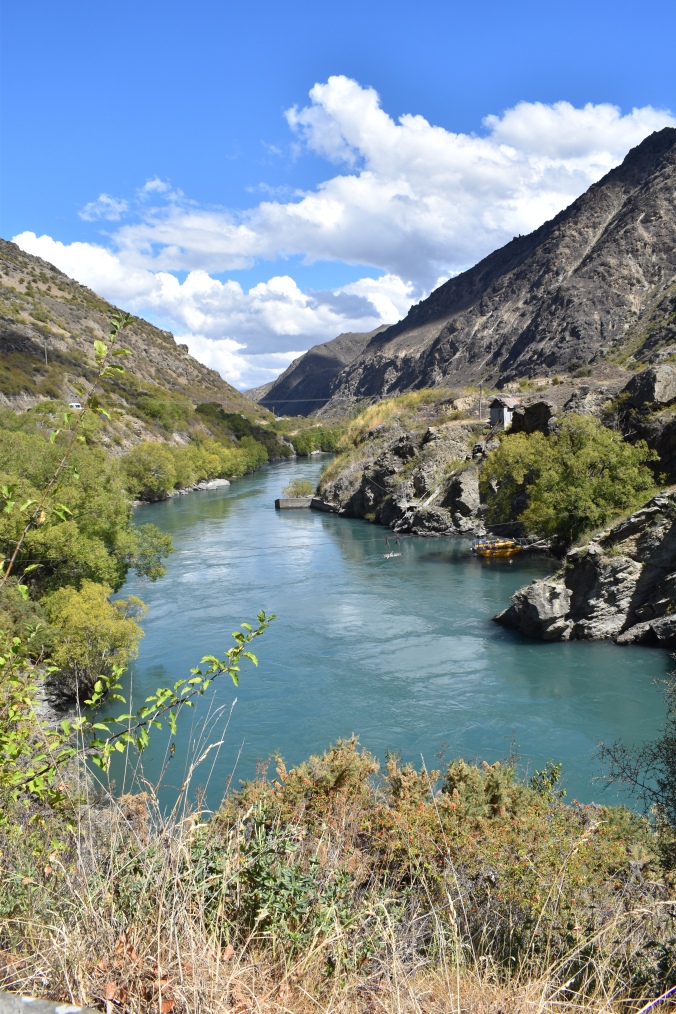 We passed through many towns and villages of varying styles and sizes – still quite an Art Deco influence in places. Was excited to find the town of ‘Geraldine’ (my beautiful sister’s name) … of course had to stop for a photo! It was so funny to drive through the town and see ‘Geraldine Information Centre,’ ‘Geraldine High School,’ ‘Geraldine Pharmacy’ and ‘Discover Geraldine!’ I’d love a town named after me! 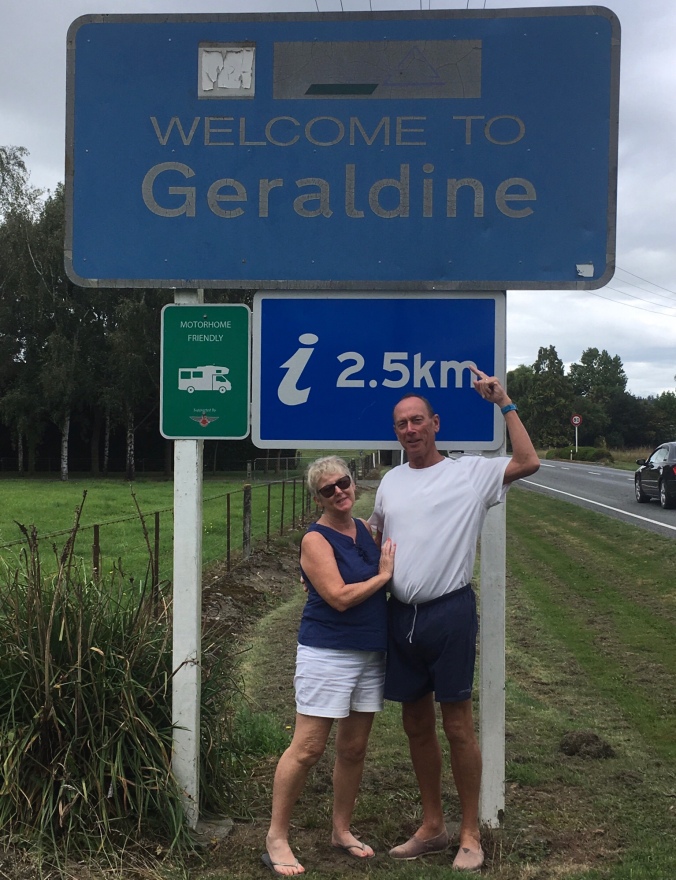 Another of Peter’s recommendations was to stop off in the town of Fairley to sample their famous pies – and what a top class recommendation that was. For lunch we tucked into Mince and Cheese, Creamy Chicken and Pork Belly and Apple pies – they were delicious …. the ‘boys’ also had cake!! (And Steve bought me a Valentine’s Cup Cake … romance and yumminess all rolled into one)! ❤️

Onwards we drove … a fair old drive … but we hit a stretch that was truly magnificent – Lake Tekapo and then Lake Pulaki – such huge bodies of turquoise water, completely empty of swimmers, boats, bridges …. just pure water for miles. 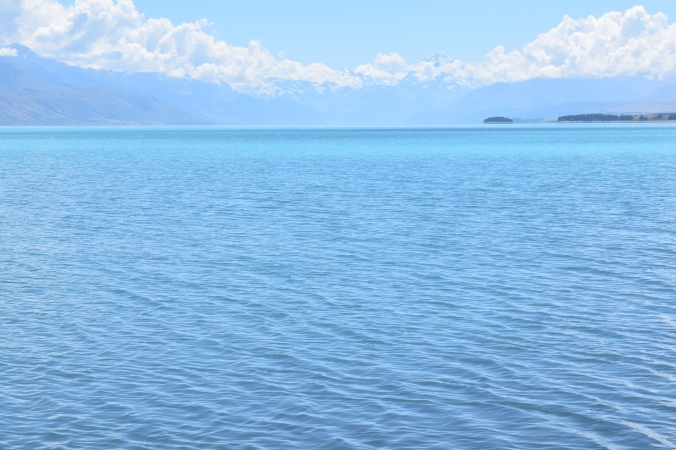 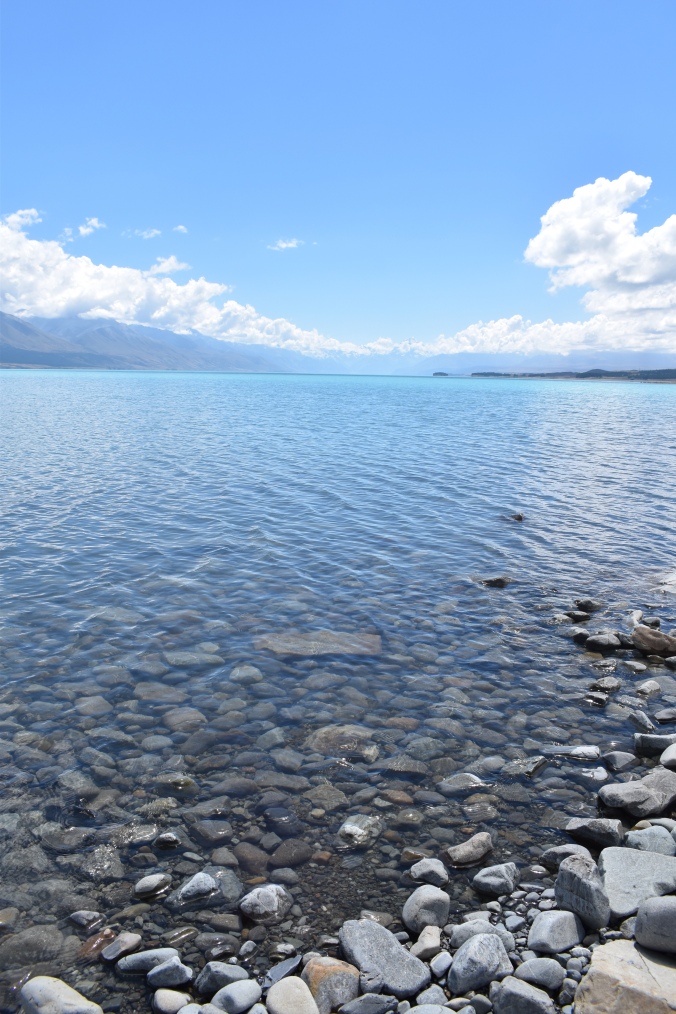 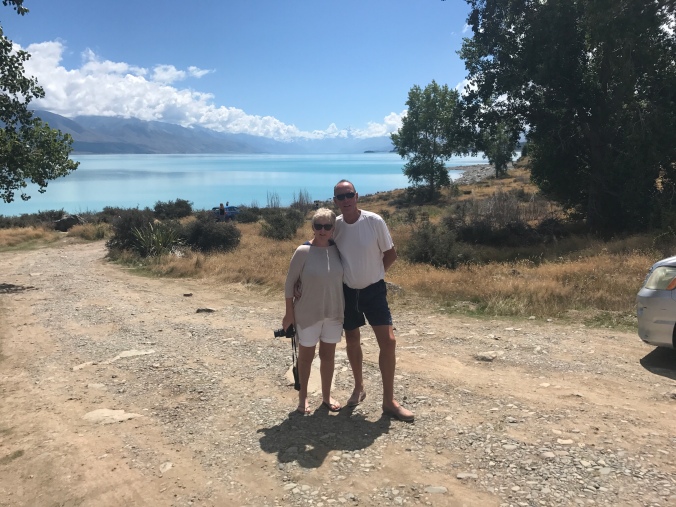 By the time we arrived at our airbnb destination in Queenstown – the sun was fully shining … we settled into our lovely little cottage, far enough out of town to avoid the crowds and with the most spectacular views over Lake Wakatipu. It was however on a particularly busy road and next door to a campsite – so a little noisy during the night (chatty backpackers)! And … horror upon horror …… NO WI-FI!! 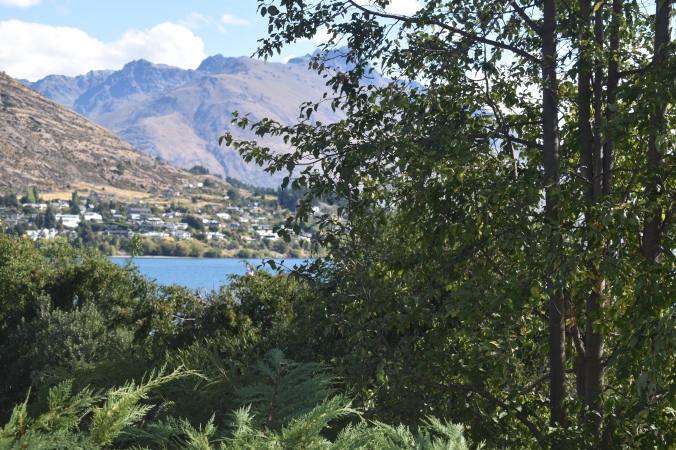 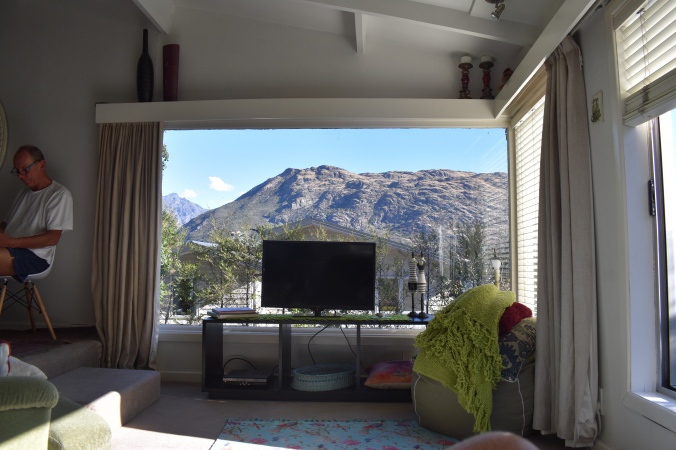 Kaye made Spaghetti Bolognese for dinner which we all heartily tucked into … then we took an evening stroll along the shores of Lake Wakatipu – admiring ‘The Remarkables’ (popular mountain range for skiers) …. and enjoyed the starry night skies. 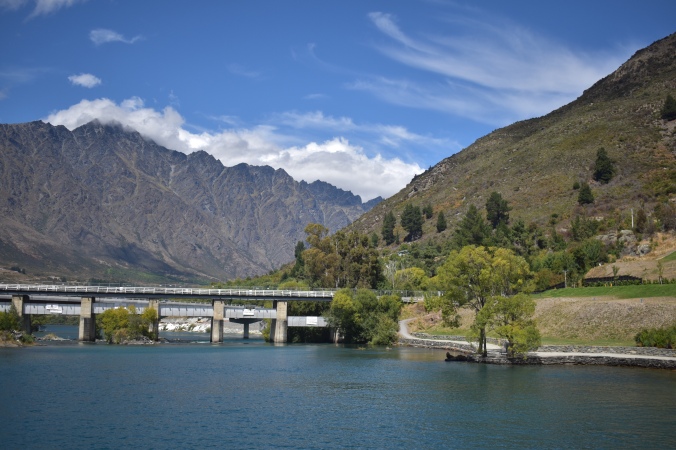 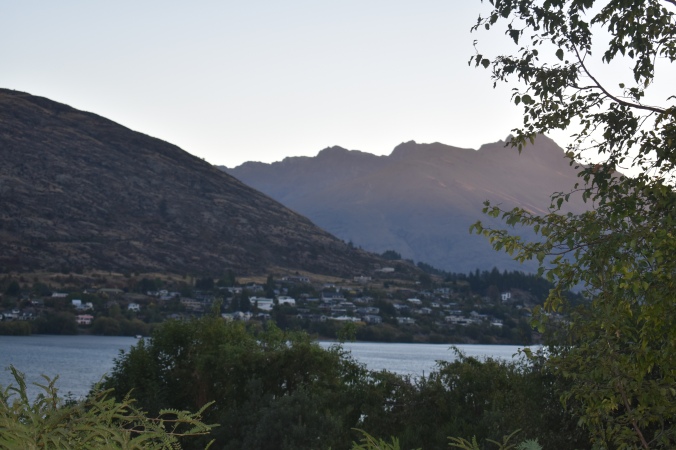 We were all up and active early in the morning – Steve headed out running, Greg found a nearby park to do his workout and Kaye and I took a speed walk around the lake (not quite all the way round …. we made it as far as The Hilton)! We ladies walked back in to the aroma of bacon and egg cooking – our wonderful masterchefs were in full flight … we were soon tucking into streaky, scrambled and lashings of buttered toast, setting us up for the day – well, at least till lunchtime!! As we enjoyed breakfast, aeroplanes were flying low just outside our window, coming into land at the nearby airport …. despite sitting patiently during our stay, I never managed to catch one on camera.

Our first plan for the day was to walk into Queenstown, along the lake. One of the reviews for our airbnb had suggested it would take about 40 minutes …. and of course we believed that!! The walk was fabulous, even though the rain had started, but 40 minutes came and went … it was much more like one hour and 40 minutes – still, great exercise, not complaining!! Had a little look around Queenstown – quite busy and touristy but interesting. 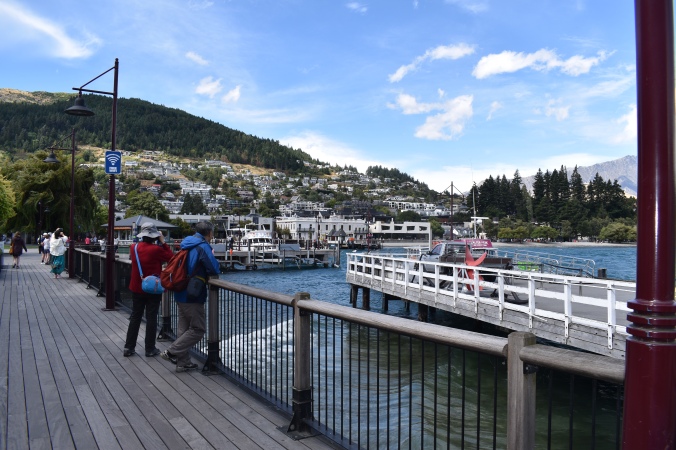 Sampled a coffee bar then decided on a lake cruise – only problem was the wind had got up, big time … but Tom (from Luton – so much football talk exchanged!!) assured us they wouldn’t go out if it wasn’t safe – so we faithfully boarded the vessel. The Captain was hilarious, started off with a little chat before we boarded including showing us the huge lake trout by feeding them. Once on board, it turned out that as well as Captaining the boat he also did all the crewing, entertaining and was barman too … this involved leaving the boat to steer itself at times while he nipped upstairs or to the back of the boat, whatever was required. He announced that it would be a bumpy start until we got round the corner …. and he wasn’t wrong … we were riding some pretty high waves! It did chill out though and we were then able to go and sit on the upper deck and enjoy the ride and commentary – beautiful views, beautiful millionaire houses, majestic mountains. 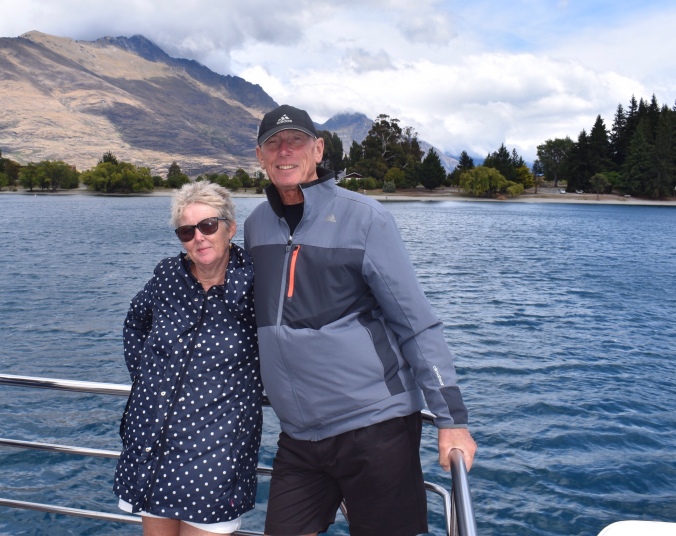 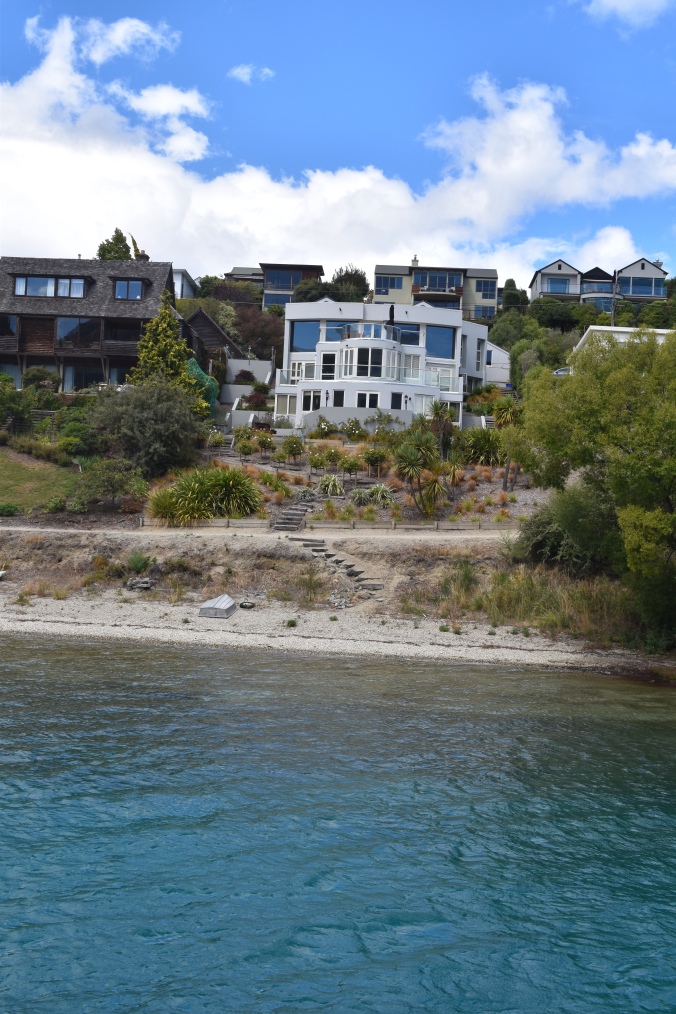 My favourite part of the trip was ‘being Captain’ …. thought this role suited me!! 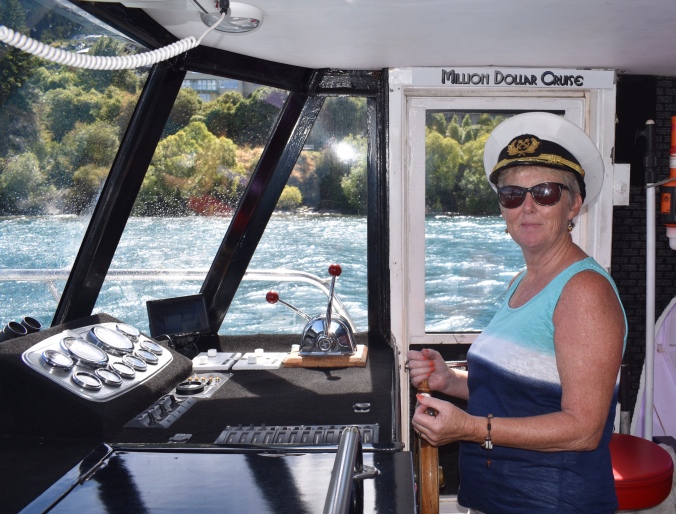 My least favourite bit was when we hit the harbour again …. the waves had got even higher and we were bouncing around like good’uns with torrential spray at the windows (we had vacated the upper deck by this time)! I might have let out the odd squeal … but tried to contain myself when the Captain asked “Who IS that screaming!?” … as I had only been at the helm 10 minutes earlier! 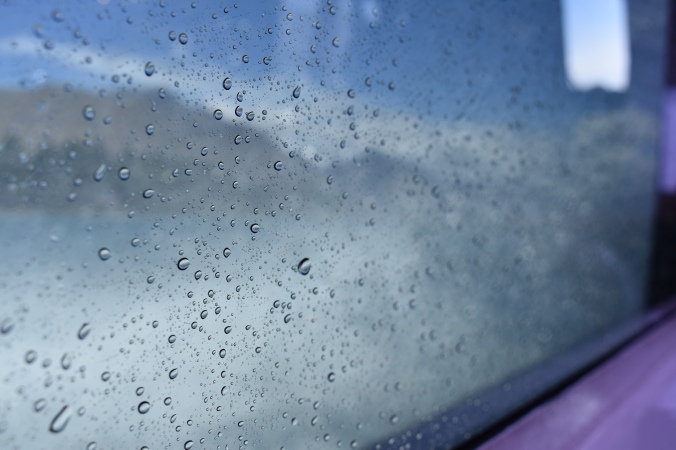 After this exertion, we settled on a glass of wine and some antipasti – met another young English person working in Queenstown – Lisa from Ipswich … it seems to be the town for young English travellers.

Popped back to the cottage to refresh and then finished off the day with a few jars at an Irish Pub (as you may have gathered – Irish pubs are big in NZ) with a bit of diddly diddly live music, followed by a yummy Italian meal. We had intended further drinking and dancing … but bed called!! Our late night days are over … but we can still rock with the best of them on occasion!! 😎🎶🎉