Unfortunately the bad weather had descended upon us … it rained all 3 days that we were in Napier, so we didn’t really see it in its best light. But it was a fabulous town all the same … we made the best of it.

Steve was up early for a run (in the pouring rain) along Napier’s charming seaside promenade. I eagerly arose and made my way down to the fitness room, only to find out that there’d been a change of ownership and this room was now closed – oh well, I tried!!

After breakfast we headed out on a drive to Te Mata Peak, known locally as the sleeping giant and a place that had been highly recommended to visit – passing lots of wineries on the way. It was a really steep and really high drive up to the top (400m) … so naturally lots of anxiety kicked in!! The views from the top were just amazing though … so I had to admit that the scare was worth it. Mountain peaks and rolling hills for miles, as well as overlooking the Havelock North wineries. We were considering a walk around some of the mountain paths – there were several options of varying severity …. first we took a walk up to the highest viewing point. Now, when I had got out of the car, I had put on my jumper and my waterproof – there was a fair old breeze blowing … as I was chatting to Kaye and Steve I felt a tickle around my arm and realised something was crawling around inside my jumper. Apparently, in quite a comical fashion, I whipped off both waterproof and jumper at high speed … but too late, the bee had stung!! Steve gallantly removed the sting …. Kaye and I slipped into ‘child practitioner’ mode immediately – applying cold water and watching for signs of anaphylactic shock!! … all the while the sting persisted … but no after affects!!! 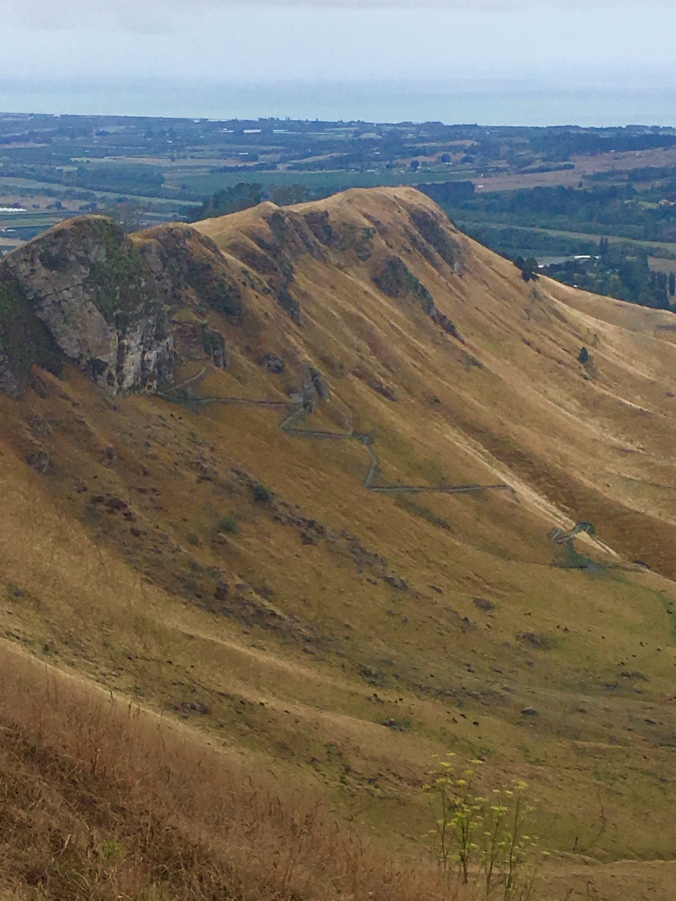 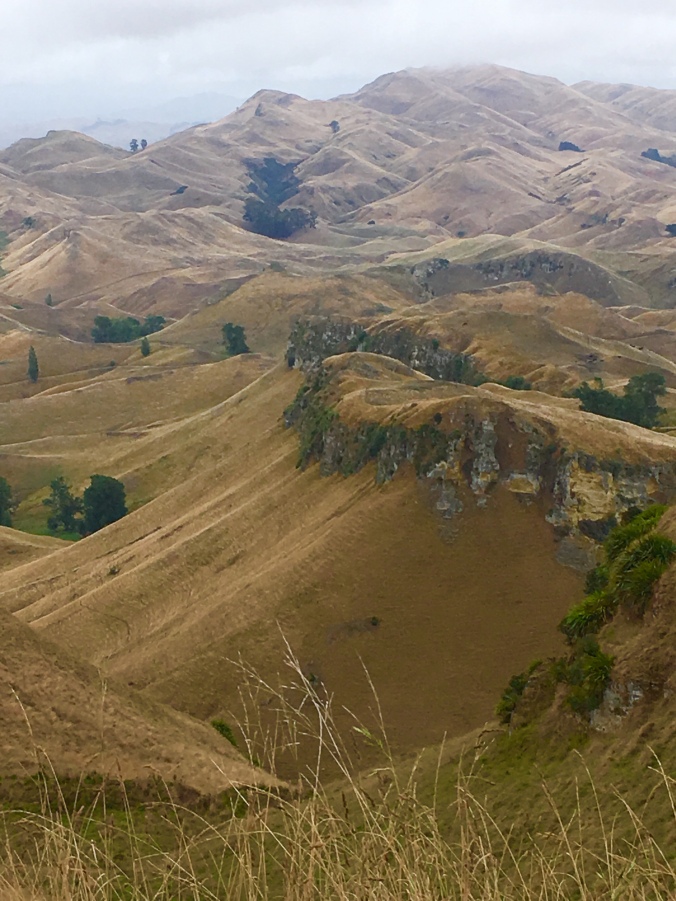 Mention of popping into a winery on the way back to the hotel somehow helped ease the pain. We stopped by at the Black Barn Winery in Havelock North, as we had tickets for a Ben Waters concert there the following evening. (Ben is a musician we know from home, a most brilliant piano player). As the weather forecast was looking a bit bleak we wanted to get an idea of the outdoor seating arrangements. It’s a fabulous vineyard with super posh restaurant attached – we just stopped for a coffee as our walking attire did not match those of the other dining clientele!

Sadly the rain persisted during the day … but we set off on a walk around this interesting city of Napier. Greg had picked up a route from Tourist Information – walking along the promenade and then up …. and up …. and up again, looking at the different areas of town. Such a range of housing from colonial style to modern architecturally designed … and of course Art Deco – it has the largest concentration of Art Deco in the Southern Hemisphere. The city had been rebuilt in this style after an earthquake in 1931 had flattened buildings. We eventually made our way down the hill and into the town centre … and yes, it was still raining!! We found an amazing shop selling all things vintage, very much with an Art Deco emphasis – there is a festival here in at the end of February where it would seem all locals and visitors adorn the gear and party like it’s the 30s!! 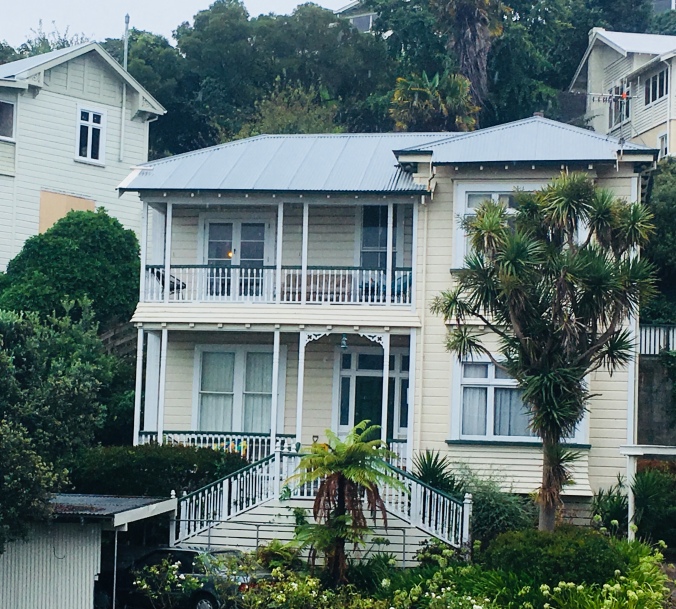 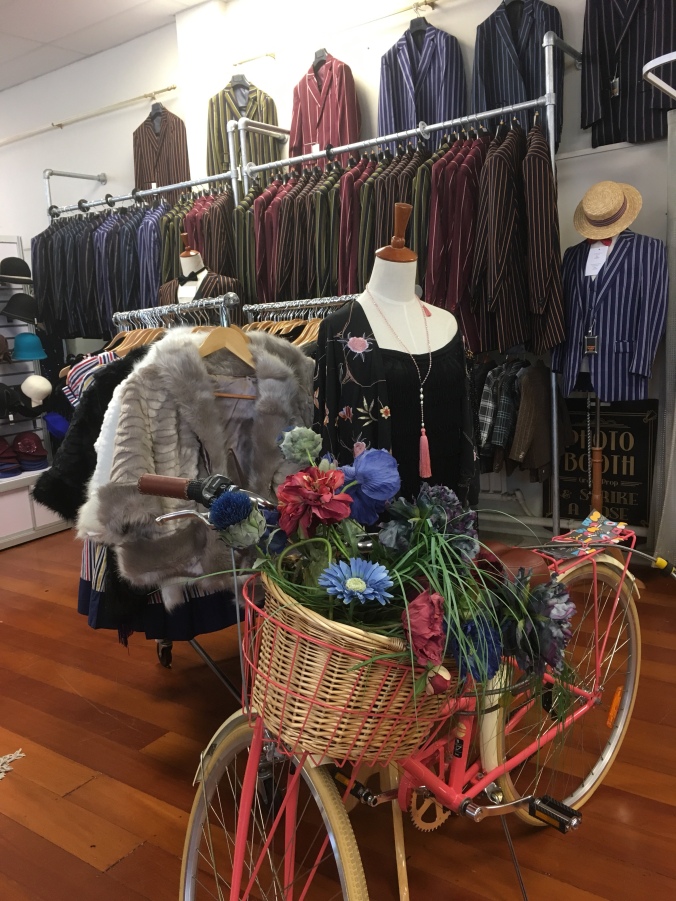 We decided on an early dinner and chose Breakers – a surfers’ restaurant – as our food place for today, followed by a quick drink at the Irish Bar where we were so excited to be asked to join in their game of ‘Spin the Wheel.’ (Irish bars are hugely popular in New Zealand). We didn’t win any of the garlic bread, pizza or Guinness hat prizes – gutted!! 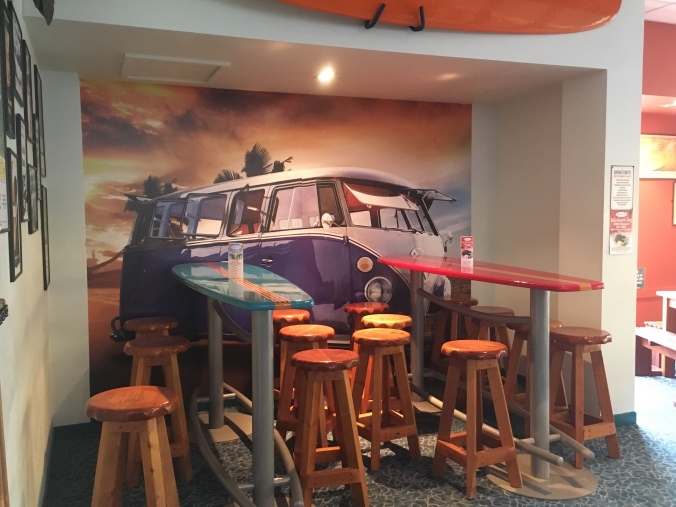 So, all this and it was still only 7.00pm. There was only one thing for it, a night in … tucked up in our hotel room, listening to the pouring rain outside, a few snacks and the telly – marvellous!!

Woke up to rain!! Steve went off to do the Park Run … I went for the other option of a lie in and some reading – much more civilised … oh, and I caught up on some blogging too!!

After some brekkie we did a few laps in the hotel swimming pool, nothing too strenuous!! Then we just sort of hung out really, waiting for the rain to pass – but it didn’t. Eventually we took a short walk out to get some fresh air … back along the promenade, onto the beach (black volcanic sand), the Centennial Gardens which were pretty (but the waterfall was dry!!) up to the port which was vast – endless crates for the logging and wine industry, then back to base – like drenched rats.

But today was all about the evening – we were off to see Ben Waters perform at the Black Barn winery. And due to extreme conditions we had to have a change of plan in terms of what we would wear. Our ‘fineries’ were replaced by long trousers, layers of tops and boots!! We had brought plastic sheeting to sit on, cushions in bin liners, waterproof ponchos – oh yeh – we were ready for the outdoor concert and dancing – bring it on!! We had a lovely taxi driver – Gary – who said he would return later to pick us up. When we arrived, we discovered that Ben was set up to play in a different part of the vineyard from where we had done our ‘reccie’ – in fact we were undercover and we wouldn’t be sitting on the ground after all – other people had brought chairs to sit on!! Greg’s smooth talking to one of the staff resulted in 4 fold up chairs – he’s the man!! And we had to strip off a few layers – we were boiling. 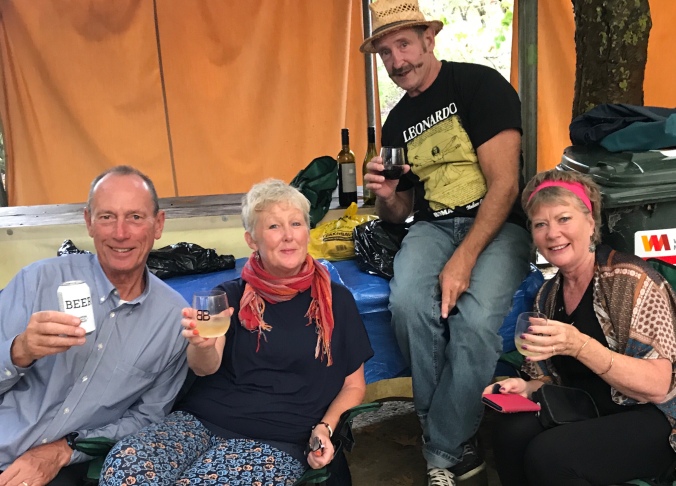 It was an AMAZING evening – Ben was fab … and so were we!!! We danced and danced the night away to Ben’s delicious boogey-woogey sounds, not a track went by when we weren’t up. Kaye and Greg with their polished rockabilly moves and Steve and I dancing and jumping like there’s no tomorrow!! Ben had an amazing saxophone player, drummer and double bass player to accompany him – also a warm up band – Cousin Leonard from Melbourne. The dance floor was packed all night – Ben was a great success – and he loved it too. Had a great catch up with him before and after the show and we’re hoping to catch up with him again when we’re back in Melbourne, where he has some gigs in March. Our brilliant taxi driver Gary picked us up as planned and took 4 weary dancers home to their bed – we had such an hilarious chat on the way home – Gary said he would join us on our further travels through New Zealand – agreed to meet us at 10.00am in the morning!!!!

So into bed we flopped – unfortunately an early rise required in the morning. ☹️😠